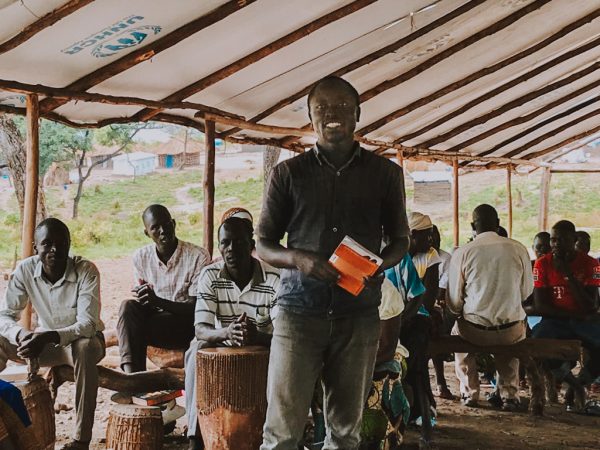 Moses (standing above) remembers only too clearly the day his village in South Sudan came under attack.

That fateful day he had to endure witnessing his loved ones being slaughtered. He can vividly recall the arduous journey fleeing down south to the Ugandan border to an unknown future.

We first met Moses at a Precept Africa training workshop in November 2017 at Imvepi Refugee Camp. He was a shy, young man whose life was filled with bitterness. Like others in the camp, his life was meaningless and hopeless. At the end of that training, Moses was given an assignment, to go and do the 40-Minute study: Being a Disciple: Counting the Real Cost with a group.

When we returned in March 2018, just 4 months later, Moses was a changed man. He had the confidence to stand up in church and share how the Lord had saved him through the Precept study he had done. God not only saved him through the study of His Word, but also convicted him of the need to forgive those that had done much atrocities to him and his family. He was no longer bitter, but free of the bondage of unforgiveness and filled with hope and peace.

Moses no longer drifts around the camp aimlessly. He has now found purpose in leading other neglected and hurting refugees in Bible studies.

Raising leaders and discipling others has become his passion. 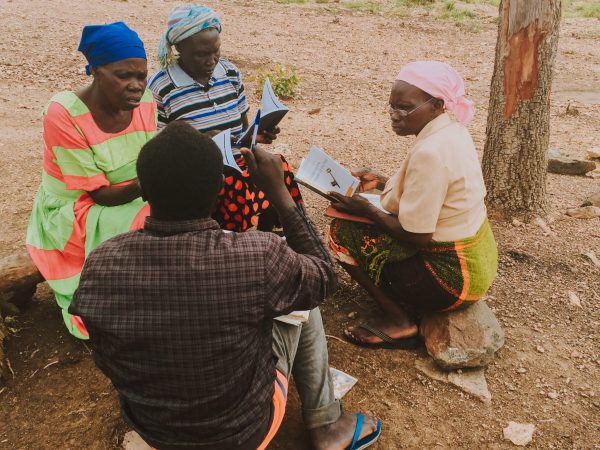 Uganda is one of the largest refugee-hosting nations in the world, with over 1,4 million refugees. Most are from South Sudan, the DRC, Burundi and Rwanda. Moses is just one of the 1.4 million people that were forced to flee their countries. Like Moses, these precious people need God’s Word!

We would love for you to be a part of this!

Precept Africa has translated studies into the 3 main heart languages used in the camps: Swahili, Bari and African French. These studies need to be printed and transported to the camps.

Won’t you partner with us and help make this possible?

We have refugee leaders trained and prayerfully waiting for books. Can you imagine the difference your partnering will make in the camps! As Bible study groups multiply, lives will be impacted and transformed. They will be filled with hope and peace found in God’s Word in the midst of their desperate circumstances.

Cover the printing and transport costs needed to provide one person with a Bible study resource of his/her own.

Will you prayerfully consider partnering with us to reach as many refugees in Uganda as possible?